To share your memory on the wall of Joan Lohr, sign in using one of the following options:

Provide comfort for the family of Joan Lohr with a meaningful gesture of sympathy.

Raised in Palisades Park, New Jersey and a graduate of Leonia High School. She met her love on a blind date on New Years Eve. She often bragged about marrying her sailor to travel the world only to stay in Virginia Beach almost their entire lives and making deep roots. Dave did take her on a trip to get her passport stamped just to run into neighbors was one of her many stories she loved to tell.

Joan was known by everyone as a kind and giving woman. She had a big heart and loved everyone. Everyone she met was a friend, and all her friends became family to her. She loved playing bingo and could be found playing at the Centerville bingo hall. Joan was also fond of cooking for her grandchildren and each one had a certain dish that they loved for her to make. Her greatest joy in life was her grandchildren. Her greatest accomplishments, however, were being a wife, mother, grandmother, and ombudsman.

She is survived by: her loving husband of 54 years, David Lohr; sons, Jefferey Lohr and Michael Lohr; daughter, Susan McFarland; favorite son-in-law, Michael McFarland; brother, Arthur Lamme, Jr.; sister, Linda Lamme; sisters-in-law: Gail VanWart, Ruth Perry and Sharon Howard; her 4 grandchildren: Tyler Lohr, Jacob McFarland, Joshua McFarland, and Joseph McFarland, as well as several nieces and nephews that she loved as if they were her own.

She was preceded in death by her beloved mother, her father, and brothers-in-law James Perry and James Lohr.

Please share a memory with the family via the Condolences and Tributes tab.
Read Less

To send flowers to the family or plant a tree in memory of Joan M. Lohr, please visit our Heartfelt Sympathies Store.

We encourage you to share your most beloved memories of Joan here, so that the family and other loved ones can always see it. You can upload cherished photographs, or share your favorite stories, and can even comment on those shared by others.

Posted Dec 12, 2018 at 02:24pm
I enjoyed working with Joan at Baymark Reality many years ago. I remember her well and her big heart. My condolences to the family and especially to her husband.
Comment Share
Share via: 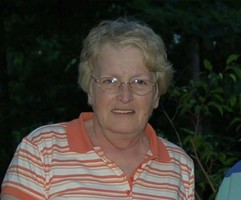