To share your memory on the wall of Virginia Hardin, sign in using one of the following options:

Provide comfort for the family of Virginia Hardin with a meaningful gesture of sympathy.

We encourage you to share your most beloved memories of Virginia here, so that the family and other loved ones can always see it. You can upload cherished photographs, or share your favorite stories, and can even comment on those shared by others.

Posted Feb 19, 2019 at 12:52pm
On behalf of my Aunt Gina's dear sister Mary Lou Darras (née Church), myself, her niece, and the entire Darras family here in Albuquerque, New Mexico, I offer my sincerest condolences to my Uncle Ed and all my cousins and their families. It's lovely to read about her life and the ongoing legacy she has left to your wonderful family.

My mother, Mary Lou, is currently residing in a nursing facility here in Albuquerque and is unfortunately unable to write for herself at this time, but I know she would be sad and would want you all to know she dearly loved her sister, Gina. We are thinking of you all.

Posted Feb 17, 2019 at 10:03am
Our deepest sympathy to the Hardin family on the loss of their loving wife and mother. Ginny and I always looked forward to sharing time together at Special Persons summer pool parties and the annual Christmas parties. She will be missed. Larry, Janet and Larry jr, Benhase
Comment Share
Share via:
TD 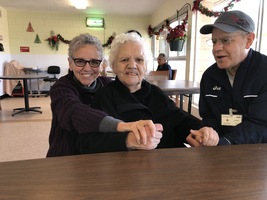 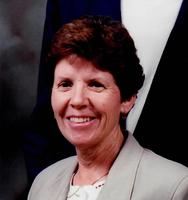