To share your memory on the wall of David Scheller, sign in using one of the following options:

Provide comfort for the family of David Scheller with a meaningful gesture of sympathy.

David’s interests included fishing, camping, bike riding, working on cars as well as watching history and war movies. Born in Pennsylvania, he was a fan of all things Pittsburgh. David was working on a degree in Business Management.

He was preceded in death by his parents, Shirley and Walter Scheller; father-in-law, David Gaito, Sr.

Memorial contributions may be made to The American Brain Tumor Association.

Please share a memory with the family via the Memorial Wall tab.
Read Less

Provide comfort for the family by sending flowers

We encourage you to share your most beloved memories of David here, so that the family and other loved ones can always see it. You can upload cherished photographs, or share your favorite stories, and can even comment on those shared by others.

Tiffany Lopez, Suzi Nick And Hannah, and others have sent flowers to the family of David Walter Scheller II.
Show you care by sending flowers

Posted Mar 01, 2019 at 08:05pm
Im going miss you bud. You were a great friend and I respected you very much. I was hoping to see you this summer but you had to see the big man upstairs. I wish I could help you and it really hurts to see you go. There was so much for you to do, your family will hurt as well as all your crew from the USS Dwight D. Eisenhower. We will stand the watch for you shipmate, once a Sailor always a Sailor.
Comment Share
Share via:
TL

Posted Feb 22, 2019 at 11:22am
To jen and little Dave. We are deeply sorry for your loss. You guys have been In our thoughts and prayers. God strength jen. Tiffany, Mylie, & Javi

Posted Feb 22, 2019 at 06:29am
Thinking of you all during your time of loss. We will cherish our memories of our time together. Hugs! Mark, Theresa, Josh Rice

Flowers were purchased for the family of David Scheller. Send Flowers

Posted Feb 21, 2019 at 04:17pm
Dear sweet Jen and little Dave, I’m so sorry to hear of David’s passing. You all were so amazing to me and true friends. Love you all. David, rest peacefully shipmate.
Love Casey Jo
Comment Share
Share via: 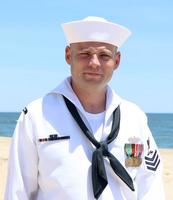 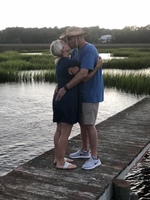 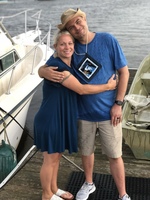