To share your memory on the wall of Doreen Rivera, sign in using one of the following options:

Provide comfort for the family of Doreen Rivera with a meaningful gesture of sympathy.

Doreen worked as a housekeeper for nineteen years. She was loved by everyone she worked for. She worked for the same people for many years and touched their hearts as she did so many outside of work as well. Before working as a housekeeper, she had the hardest job being a full-time mother to her two children in Queens, New York. Her husband was the financial support of the family, but Doreen Rivera was the person who held and kept the family together. She would make sure we would wake up to good cooked breakfast and she would get us ready for school. She would come home take care of the house, do the bookkeeping for our fathers’ business, and take care of all the animals my brother would bring home off the streets. She would be at the bus stop every day with a smiling face. After coming home to a home cooked meal, she would be on her way to either her daughters dance classes, or her son’s baseball practices/games or karate matches. She never missed one of her children’s activities. She was their biggest fan. When her children got older, she still was there for every birth and milestone achievement in her children life. When her grandchildren were born, they became her world. She never missed an event, from a birthday to a pinning ceremony, she was there. Doreen was the type of person that would not eat to make sure you had everything you needed. She was the most selfless person you can ever meet, and she never put herself fist. Even on her last days she made sure we were happy even if it took it out of her. That was Doreen always giving and loving.

When Doreen was diagnosed with pancreatic cancer in September 2016 our world came shattering down. The doctors told her that she wont even make it until December of 2016. Well she did, and she fought and fought. She made it thru chemo and radiation to prepare her for the whipple surgery in January 2018. Everyone called her a miracle, to us she was our hero. Not even cancer could keep her from her grandchildren’s events. I remember even on her last days she made it to her granddaughter, Summer’s, award ceremony in June 2019. She was a fighter and she fought every day until the good Lord called her home.

To send flowers to the family or plant a tree in memory of Doreen Anne Rivera, please visit our Heartfelt Sympathies Store.

There are no events scheduled. You can still show your support by sending flowers directly to the family, or planting a memorial tree in memory of Doreen Anne Rivera.
Visit the Heartfelt Sympathies Store

We encourage you to share your most beloved memories of Doreen here, so that the family and other loved ones can always see it. You can upload cherished photographs, or share your favorite stories, and can even comment on those shared by others. 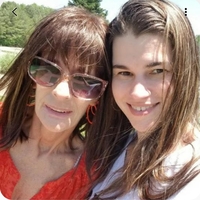 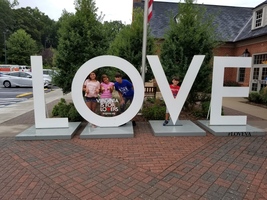