To share your memory on the wall of David Lohr, sign in using one of the following options:

The gesture that can change the world

He was predeceased by his loving wife of 54 years Joan M. Lamme Lohr, his brother James G. Lohr and brother-in-law James P. Perry.

To know David was to know a man who spent his life selflessly serving and educating not only his country but his community and those family and friends around him. He retired from the United States Navy as a Chief Personnel Man after serving for 20 Honorable years. Went on to Serve as Civil Service Department of the Navy as the Educational Services Officer at Little Creek Amphibious Base where he proctored and provided advancement rating exams for Sailors until his final retirement. He served as a Deputy Sheriff for the City of Virginia Beach, a State Hunter Safety Instructor where he enjoyed tremendously teaching young adults gun safety and land preservation. He was a lifetime member and Secretary of the North Landing Hunt Club Virginia Beach. David was a man’s man, a quiet dry sense of humor, who always had sense of peace that surrounded him and soothed all that knew him. His passion of hunting and the preservation of the land and hunting fundamentals stemmed from the mountains of Pennsylvania and the old times he spent from his Grandfather Guy Shotts, learning the love of hunting and fishing that he passed through his children and on to his grandchildren. He had an infinity for repair and capability breathed new life into anything that seemed to no longer work. He loved mechanics and when you got to know him he showed you how to enjoy auto mechanics, working with your hands, lessons he often spent teaching neighborhood kids the value of repair, but through mechanics he taught the time tested values of friendship patience and the rewards of time spent with those you love. He was a Father, to three uniquely talented children, and a dad to some when there wasn’t one to be found. He was true, tried, tempered and solid he will be dearly missed.

David will always be remembered as a loving father, grandfather, uncle and friend. He will be missed most by his four grandchildren Tyler J. (Kaila) Lohr, Jacob R. Mcfarland, Joshua D. Mcfarland and Joseph E. Mcfarland.

One of his greatest joys was when his children and grandchildren called him "Pops".

A memorial service will be held on April 24, 2020 at 3pm at Albert G. Horton Jr Memorial Veterans Cemetery in Suffolk, Virginia with military honors.

Condolences may be offered via the "Memory Wall" tab.
Read Less

To send flowers to the family or plant a tree in memory of David E Lohr, please visit our Heartfelt Sympathies Store.

There are no events scheduled. You can still show your support by sending flowers directly to the family, or planting a memorial tree in memory of David E Lohr.
Visit the Heartfelt Sympathies Store

We encourage you to share your most beloved memories of David here, so that the family and other loved ones can always see it. You can upload cherished photographs, or share your favorite stories, and can even comment on those shared by others.

Posted Mar 16, 2020 at 10:12pm
Susan & Family, condolences on your loss, no words seem appropriate or right. you are in my continued thoughts and prayers. Fair winds & following seas...
Love ,
Sheila McCabe
Comment Share
Share via: 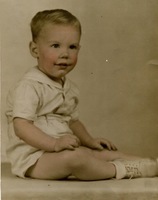 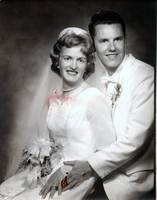 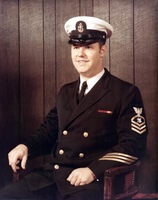 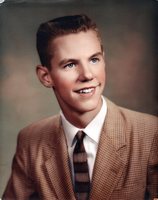