To share your memory on the wall of Peggy Collins, sign in using one of the following options:

Print
After a long, loving and beautiful life, Peggy Jean Collins passed away on Sunday, March 29, 2020.

Peggy was born in Fayetteville, N.C. on September 17, 1942 to Ralph and Addie (Hart) Brock. She is survived by her two children, their spo... Read More
After a long, loving and beautiful life, Peggy Jean Collins passed away on Sunday, March 29, 2020.

Peggy was born in Fayetteville, N.C. on September 17, 1942 to Ralph and Addie (Hart) Brock. She is survived by her two children, their spouses, six grandchildren and a number of other loving relatives and friends.

Peggy graduated from Pine Forest High School and married her high school sweetheart upon his return from serving in Vietnam with the U.S. Air Force. They moved to Raleigh and Chapel Hill where she worked a number of jobs helping put him through school. Later they relocated to the Washington DC area where she lived for the next 20 years raising her two children and following her divorce, working in the apartment management field eventually advancing her way up to property manager of a large residential apartment community.

Following her father’s death, Peggy moved back to her hometown of Fayetteville to care for her mother until her death. The move back home allowed her to renew old friendships including her dearest friend, Dale Blackburn. Most recently she lived with her son and his family in Virginia Beach while receiving treatment for lung cancer. The support she received from her extended family, Karen Miller with the American Cancer Society, Helen Godwin of Five Points Health Care while in Fayetteville, and the staff at the Chesapeake Office of Riverside Cancer Specialists during this time meant the world to her.

Peggy’s greatest joy was spending time with her grandchildren and watching them grow. She often commented the happiest days of her life were spent with her grandchildren over spring breaks, summers, and Christmas holidays. She is survived by her son, William Collins, Jr. of Virginia Beach, VA; daughter, Lorie (Collins) Dubasky of Fairfax, VA; as well as her six grandchildren: Ryan Collins, Sean Collins, Emily Collins, Kyle Collins, Alexander Dubasky and Raighney Padilla. She was pre-deceased by her father, Ralph Brock, her mother, Addie Brock, and brother, Leonard Brock.

Peggy’s final wish that her ashes be scattered on the beach by all her grandchildren will be honored in a private family ceremony.

Share your condolences and memories with the family via the “Memory Wall” tab.
Read Less

To send flowers to the family or plant a tree in memory of Peggy Jean Collins, please visit our Heartfelt Sympathies Store.

There are no events scheduled. You can still show your support by sending flowers directly to the family, or planting a memorial tree in memory of Peggy Jean Collins.
Visit the Heartfelt Sympathies Store

We encourage you to share your most beloved memories of Peggy here, so that the family and other loved ones can always see it. You can upload cherished photographs, or share your favorite stories, and can even comment on those shared by others. 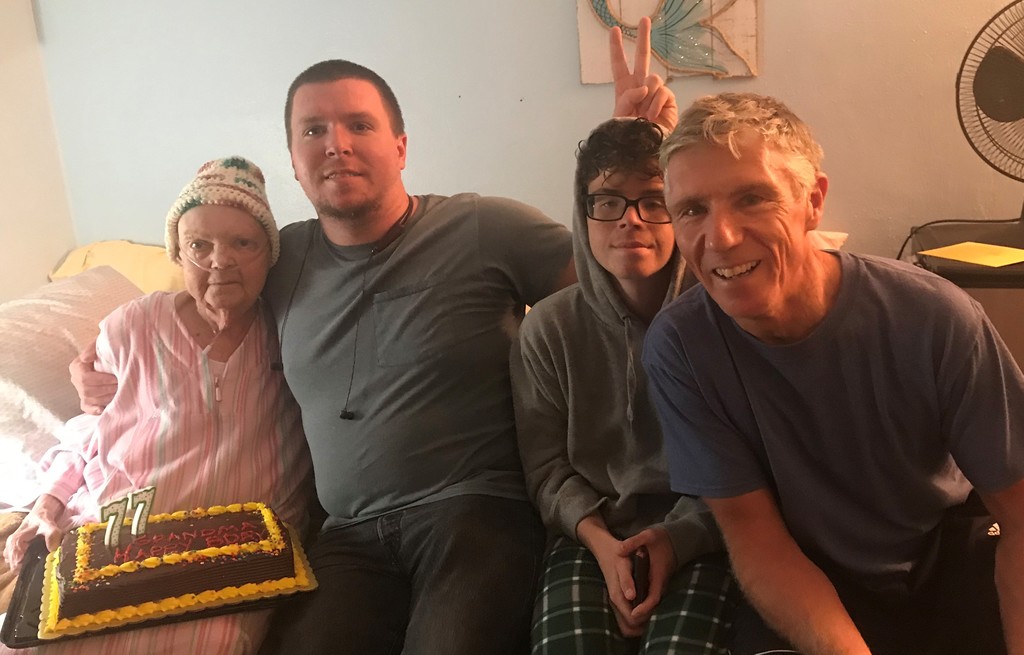 Today was the first Mother's Day without you and it's been a hard day. We spent the last year focused on treating your cancer, a relentless schedule of doctors appointments, scans, chemo but we never spent time really talking about your life, your hopes, your dreams. I remember watching you sit in a chair in the back yard looking up in the sky and all I think was you must have been thinking it all went by so fast, but I never talked to you about it. We both thought that would come after all the treatments, we always think there will be more time until there isn't. I could tell everyone your oxygen saturation levels, blood pressure, medicine schedule, lab results, scan results and cancer progression but not your favorite color or song (I did know Kevin Hart is your favorite actor, everyone knew that). I asked you to hang on so we could go back to Fayetteville together one last time to say goodbye. The Corona Virus made us push that back and it never happened. Your treatments were difficult and I felt we were pushing in two different directions. But rather than fighting you about it, I wished I'd enjoyed the time we had rather than trying to make more time. What I will always regret is not telling you how much you would be missed and remembered. That I would think about you everyday. And your grandchildren, the pride of your life, will all carry some part of you through their lives. But it's too late for that. I will work to try and not make the same mistake with others in my life and that will be the lesson I carry from our last year together.

Posted Apr 13, 2020 at 04:41pm
Always eager to hear about your day. Always there when you needed her. My grandma Peggy was one of the kindest and strongest people I've ever known and no matter how hard things were, she never let it get her down. I’ll always remember those summers spent in Fayetteville growing up and to this day, I still can’t pass up a good flea market. I love you and I miss you, Grandma. We all do.

Posted Apr 08, 2020 at 02:33pm
Please know we are praying for you and your family during this time of loss. Our heartfelt condolences go out to the entire Collins family.

Posted Apr 07, 2020 at 10:16am
Although we have never met, I feel we have something very nice to share with other.....Our children and grandchildren. I know you loved yours very much and I know they miss you greatly. Knowing you are watching over them will help give them peace.
Comment Share
Share via:
KC

I miss you and our after school chats ❤️ I hope you are watching over us and I love you grandma. 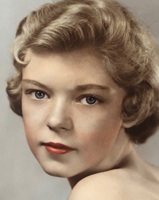 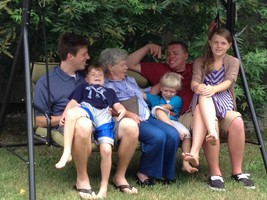 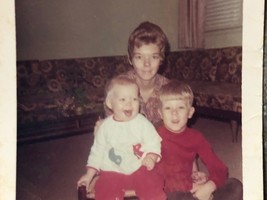 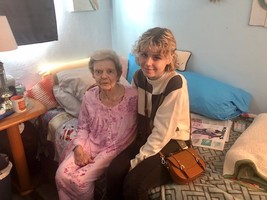