To share your memory on the wall of Russell Burkhalter, sign in using one of the following options:

Provide comfort for the family of Russell Burkhalter with a meaningful gesture of sympathy.

Russell retired in 2018 after devoting 33 years of Federal Service. Most recent, 20 years at NAVSUP FLEET LOGISTICS CENTER, as a Hazmat Motor Vehicle Operator for Naval Station Norfolk. He was also a member of Lake Wright Men's Golf Club.

Russell's quiet, kind and giving personality provided those whose lives he touched with a lasting impression that with determination, hard work and devotion, any dream is possible.

He is survived by his wife of 29 years, Mary Jane Burkhalter, his son Steven Burkhalter (Eden) from Manchester, MD, his daughter Beth Ann Pettis (Casey) from Clermont, Ga, six grandchildren Harlie, James, Angela, Michael, Zack and Zhinna, his sister Donna Davis from Columbus, Ga, his brother David Nichols from Atlanta, Ga, and his niece Angela Kent (John) of Jacksonville, Fla. and their children, Taylor and Joshua. He also leaves behind his much-loved extended family, Margarete Almy (Arne) of Columbus, Ga, and her sons, Peter and Larry Jr.; Eugene Wright Jr. (Cil) of Tucson, Az, and his daughter Sherri.

He was predeceased by his parents Edgar and Rena Burkhalter from Columbus, Ga.

Russell will always be remembered as a loving husband, father, grandfather, brother and friend. He loved to play golf and looked forward to his annual golf trip to Myrtle Beach. Devoted to his home town of Columbus, Ga. He stuck by his Atlanta Braves and Georgia Bulldogs teams.

The family sends their thanks to the many friends who have stood by and supported them through their battle with his cancer.

Please share your memories and condolences with the family via the "Memory Wall" tab.
Read Less

To send flowers to the family or plant a tree in memory of Russell John Burkhalter, please visit our Heartfelt Sympathies Store.

There are no events scheduled. You can still show your support by sending flowers directly to the family, or planting a memorial tree in memory of Russell John Burkhalter.
Visit the Heartfelt Sympathies Store

We encourage you to share your most beloved memories of Russell here, so that the family and other loved ones can always see it. You can upload cherished photographs, or share your favorite stories, and can even comment on those shared by others.

Posted Apr 14, 2020 at 06:40pm
Very sorry to hear this news. I enjoyed getting to know Russell on our annual golf trip to myrtle beach, he loved the golf and going to get a burger afterwards. He will be missed on our future trips . My thoughts and prayers are with his family during this difficult time.
Comment Share
Share via:
MB

Posted Apr 10, 2020 at 08:38pm
My heartfelt condolences go out to you and your family. may you find comfort in the beautiful memories and love in the caring arms of family and friends. Russell is a wonderful coworker and a great friend he will be missed.

MJ my sincere condolences to your family. Russell is no longer suffering I hope you find comfort in knowing that. He lived a full life with you by his side. I pray that you remember the memories. Take care of yourself MJ. 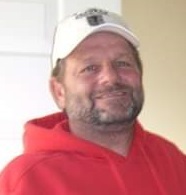