To share your memory on the wall of Franklin Smith, sign in using one of the following options:

Print
Frank, 53, passed away in the early hours of Friday, June 12, 2020. Frank was born in Atlanta, Georgia on December 30, 1966 to Franklin Payne Smith Sr. and Loretta Marie Escue. His friends and family lovingly called him Kip.

Kip passion... Read More
Frank, 53, passed away in the early hours of Friday, June 12, 2020. Frank was born in Atlanta, Georgia on December 30, 1966 to Franklin Payne Smith Sr. and Loretta Marie Escue. His friends and family lovingly called him Kip.

Kip passionately worked in construction where he was able to make a great impact on those he built for. He was a magician with his hands, truly able to build anything. He had a great sense of humor and always brought a smile to the faces of those who surrounded him. He was the kind of man that no matter what he had, he would give the shirt off his back if someone needed it. Kip had a lot of faith in himself and this allowed him to be fearless in taking chances to better his life for himself and for his children whom he loved dearly.

Kip was preceded by his parents and his sons, Christian and Aaron. He is survived by his wife, Mary Anne Smith, and his children, Charles Daniel Smith, Christopher Payne Smith, and April Lynn Hartsock. He was a caring brother, survived by his sisters Andrea Lynn Webber and Leah Renee Tyson. He also leaves behind his grandchildren, Deavon, Ruby, William Jr., and his nieces Rebecca and Kayley, as well as his nephew, Tyler. He will be sincerely missed by those who had the chance to know him.

Revelation 21: 4
And God shall wipe away all tears from their eyes; and there shall be no more death, neither sorrow, nor crying, neither shall there be any more pain: for the former things are passed away.
Read Less

To send flowers to the family or plant a tree in memory of Franklin Payne Smith Jr., please visit our Heartfelt Sympathies Store.

There are no events scheduled. You can still show your support by sending flowers directly to the family, or planting a memorial tree in memory of Franklin Payne Smith Jr..
Visit the Heartfelt Sympathies Store

We encourage you to share your most beloved memories of Franklin here, so that the family and other loved ones can always see it. You can upload cherished photographs, or share your favorite stories, and can even comment on those shared by others. 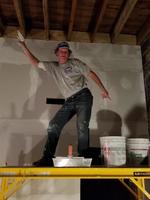