To share your memory on the wall of Christopher Newton, sign in using one of the following options:

To send flowers to the family or plant a tree in memory of Christopher Michael Newton, please visit our Heartfelt Sympathies Store.

There are no events scheduled. You can still show your support by sending flowers directly to the family, or planting a memorial tree in memory of Christopher Michael Newton.
Visit the Heartfelt Sympathies Store

We encourage you to share your most beloved memories of Christopher here, so that the family and other loved ones can always see it. You can upload cherished photographs, or share your favorite stories, and can even comment on those shared by others.

Dan Hart and Laura Cash sent flowers to the family of Christopher Michael Newton.
Show you care by sending flowers

Posted Jul 19, 2020 at 11:08am
Chris, we miss you and love you very much. You will forever be a part of our family. Brandy, our thoughts and prayers are with you always.

3 trees were planted in the memory of Christopher Newton

Posted Jul 17, 2020 at 08:15pm
Please accept our most heartfelt sympathies for your loss... Our thoughts are with you and your family during this difficult time.

3 trees were planted in the memory of Christopher Newton

Posted Jul 26, 2020 at 01:36pm
Chris, you will hold strong in my memories as a gracious, gentle and poetic man I have been blessed to name as a dear friend. I will always miss you.

Posted Jul 21, 2020 at 12:34am
Pam, Jerry and remaining family, I know words can not eliminate the ache and sorrow you feel in your heart. You are great people and friends George and I cherish. We pray God will keep you strong and heal your heart. You all are in our thoughts and prayers.
Comment Share
Share via:
SH

Posted Jul 19, 2020 at 01:46pm
I met Chris in Baltimore after Katrina. I gave him a place to live while he went through this traumatic time.
He was a very kind man with an infectious laugh & smile. I was privileged to get to know him. He will be missed.
Comment Share
Share via: 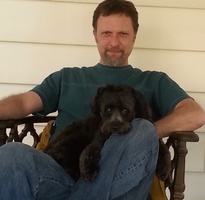 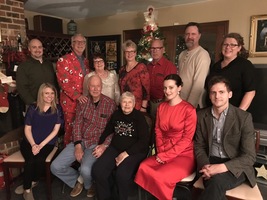 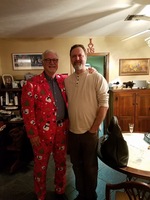 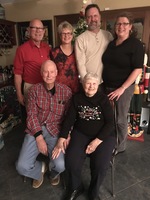