To share your memory on the wall of Bryan Heinrich, sign in using one of the following options:

He was preceded in death by his mother, Linda Parks Santos, his brother Keith Heinrich, and his step-brother, Joe Russ. You could find him in his teens around anything that had wheels. He was an avid NASCAR fan, and on any given Sunday you could find him in front of the television enjoying the race and pulling for Jimmie Johnson to get the checkered flag. He enjoyed food, and you would often find him cooking for his family and friends at family gatherings. Family gatherings always had a special place in his heart as he was a sensitive person and cherished time spent with his family. He will mostly be remembered as “that” guy you could depend on. It didn’t matter whether you were family, friend or stranger. If he was called on to lend support, he did not hesitate to do whatever he could to help in the situation. His family and close friends would like you to join them for his celebration of life.

To send flowers to the family or plant a tree in memory of Bryan Heinrich, please visit our Heartfelt Sympathies Store.

We encourage you to share your most beloved memories of Bryan here, so that the family and other loved ones can always see it. You can upload cherished photographs, or share your favorite stories, and can even comment on those shared by others.

Brian Smith and Shelby Gorham Giles sent flowers to the family of Bryan Heinrich.
Show you care by sending flowers

Posted Aug 01, 2020 at 02:03pm
Bryan was a great friend to me growing up in Pembroke Meadows, we lost touch over the years but will always have the memories of the good times we had

Posted Jul 31, 2020 at 08:29pm
From the GORHAM family. Michael, Shelby Giles, Lisa & Esther Whitley. With our deepest sympathy and love. We will continue to lift you up in prayer

Posted Jul 31, 2020 at 05:50am
Mr. Brian was a very hard worker and a very skilled HVAC technician. Unfortunately I didn't know him too much outside of work. Didn't know much about the man but what I did know about him is that but he said he was going to do something or be somewhere he was there and he did the best job he could do. Which to me if that's how he was in his professional career I could only imagine it reflected in his personal life as well. You will be missed bro. My condolences to his wife and the family.
Comment Share
Share via:
DD

Posted Jul 29, 2020 at 04:42pm
I remember the first day you started working the night crew at Va. Beach Public Schools, you were always very nice to me. You will be missed. RIP my friend. Diana M. Dorn
Comment Share
Share via: 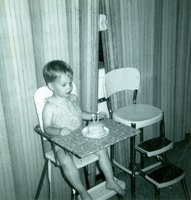 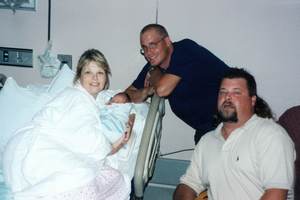 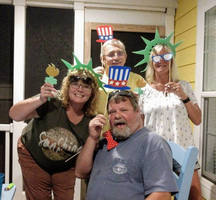