To share your memory on the wall of Argiro Kamoudi Melinda Roula Hoffman, sign in using one of the following options:

“Roula" Hoffman as she was affectionately known by, was born on March 12th, 1953 in Athens, Greece to Mr. & Mrs. Anthony Kamoudi. While living in Athens, she meets the man who would become her husband, father of her son and the love of her life, Michael Franklin Hoffman who was serving our country in the U.S. Navy. After a brief courtship in Greece, Mike and Roula would wed on Tuesday July 3rd, 1975. Upon returning to the United States, Mike and Roula settled into life and created a home in Virginia Beach, VA. After taking the American Citizen Exam, she adopted the name “Melinda” while still holding her Greek heritage very close and dear within her heart and soul.

Roula supported her husband 24/7 until February 22nd, 1993, that's when the Hoffman family’s heart was broken when Michael F. Hoffman passed away at the age of 49 after a courageous battle with cancer.

Roula knew she had to take care of herself and her children. She worked various jobs, before Mr. Hoffman's passing, they fostered children at the family's home and after Mr. Hoffman's passing she even worked in the funeral service business preparing gravesites for the recently departed.

Wanting a better life for her children, Roula taught herself how to run a business. She opened up King Crown Carpet Care until her retirement.
Through it all, Roula found joy in arts and crafts, working in her yard, keeping the house clean, having all her children educated and most importantly, giving Jesus Christ the prayers for blessings upon all others for all his glory, always being there with her family and friends with the love of JESUS CHRIST on her side.

She was a longtime member of the Greek Orthodox Church and Roula always put our Lord and Savior, Jesus Christ above all else in this entire world.

Roula will always be remembered as a Beautiful Christian Greek Orthodox lady who is loving, caring, compassionate, understanding, dependable and the best mother with the utmost unconditional love to her son, also by many who she brought joy and laughter into their hearts. All those who crossed her path in life including her furry friends over the years wild and domestic.

She will be deeply missed within all the hearts who truly knew Roula's heart and soul, forever, for always and always forevermore.

Left to cherish her memory is her son, Michael B. Hoffman and her, "little sister", Barbara L. McCane, both of Chesapeake, Virginia.

The family will receive from 6:00pm - 8:00pm, Thursday, August 27th, 2020 at Family Choice Funerals & Cremations. A Celebration of Life will be held at 11:00am, Friday, August 28th, 2020 at Saint Nicholas Greek Orthodox Church with burial to follow at Colonial Grove Memorial Park.

We encourage you to share your most beloved memories of Argiro Kamoudi here, so that the family and other loved ones can always see it. You can upload cherished photographs, or share your favorite stories, and can even comment on those shared by others.

Posted Aug 27, 2020 at 03:59pm
Melinda ( AKA mom ) was always a joy to be around. She will deeply be missed but never forgotten. She loved me dearly as if I were her daughter. I always tried to visit her when I would come back to Virginia from Texas. R.I.P
I love you
Comment Share
Share via: 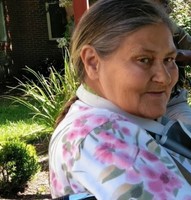 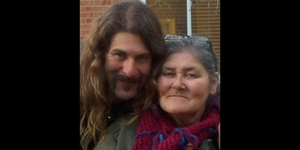