To share your memory on the wall of George Spelman, sign in using one of the following options:

He was preceded in death by George C. Spelman, Sr. and Carmillete Spelman and was born in New Orleans, LA on September 30, 1939.

George was married for 50 years to Eloise Spelman. They met while George was an Ensign in Guided Missile School in Vallejo, CA where Eloise was teaching at the time. They were married on March 21, 1970.

George's next assignment was the USS ALBANY (CG-10) stationed in Mayport, FL. They lived for three years in Jacksonville, FL.

After that, George and Eloise spent 2 1/2 years in Guantanamo Bay, Cuba (Gitmo). They were able to travel to Jamaica and Haiti from there. George was with the Fleet Training Group.

Finally George and Eloise moved to Virginia Beach in 1976 as George was assigned to Fleet Corps Group and Beach Group 2 at Little Creek with more deployments. He retired from the Navy in 1983.

During retirement, George was an Election Official - Asst. Chief for many years. He also volunteered with the Navy-Marine Corps Relief Society.

Recently, he was a board member of the Tidewater Coin Club.

Eloise wishes a big thank you to the staff at Sentara Princess Anne Hospital.

Thank you, Mr. Spelman, for your service to our country.
Read Less

To send flowers to the family or plant a tree in memory of George Curtiss Spelman Jr., please visit our Heartfelt Sympathies Store.

There are no events scheduled. You can still show your support by sending flowers directly to the family, or planting a memorial tree in memory of George Curtiss Spelman Jr..
Visit the Heartfelt Sympathies Store

We encourage you to share your most beloved memories of George here, so that the family and other loved ones can always see it. You can upload cherished photographs, or share your favorite stories, and can even comment on those shared by others.

Posted Sep 18, 2020 at 05:54pm
Ms. Ellie, I will always remember George and his love of his cats! He would always like to talk about them and all they were up to. I will miss seeing him on his daily treks to pickup the mail. You are in our thoughts and prayers.
In loving memory,
Bryan & Carolyn Nichols
At 853
Comment Share
Share via: 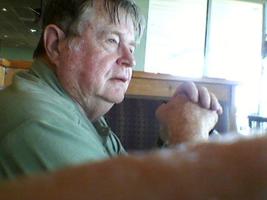