To share your memory on the wall of William West, sign in using one of the following options:

Bill was born in Detroit, Michigan, April 13th, 1943, and first joined us in Norfolk, Virginia in 1961. Bill was a Terminal Manager for 30 years and retired from Huss Inc. in 2005. Preceded in death by his mother, Edith Farrell, father, Harry West, brother, William West, sisters, Lela Farmer and Joan Cadle, and grandson, Chase Hart; Bill is survived by his wife of 57 years, Mary West, his two daughters, Colette Hart and Deborah Hill, his son, William West, his sister, Helen Murray, twelve grandchildren, and one great‐granddaughter.

To send flowers to the family or plant a tree in memory of William Roger West, please visit our Heartfelt Sympathies Store.

We encourage you to share your most beloved memories of William here, so that the family and other loved ones can always see it. You can upload cherished photographs, or share your favorite stories, and can even comment on those shared by others.

Chris and Carol Baughman sent flowers to the family of William Roger West.
Show you care by sending flowers

Mary, I was saddened to hear that Bill had passed away, sending healing prayers and comforting hugs. May you also be comforted by the out pouring of love surrounding you. Please accept my deepest condolences for your family's loss. Bill, I hope you took that dime with you, Ralph will be waiting for it!!!!!
Comment Share
Share via:
CB

Posted Oct 14, 2020 at 09:31am
Bill, you will be missed so much as you showed me and my family how great camping was for a family. We loved the weekends leaving on Friday and getting to the campground before you so we could call to tell you we had the campfire going and were waiting on you. You always made us feel like family and will never be forgotten.
Comment Share
Share via: 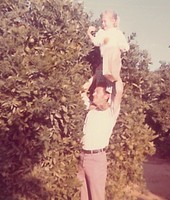 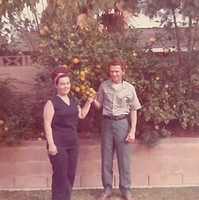