To share your memory on the wall of Rebecca Linsz, sign in using one of the following options:

Print
There will be a private family memorial service. In lieu of flowers or other gifts, all donations should be made to Norfolk Christian Schools, in accordance with Mrs. Linsz’s wishes.

Please use the following link:
Read More
There will be a private family memorial service. In lieu of flowers or other gifts, all donations should be made to Norfolk Christian Schools, in accordance with Mrs. Linsz’s wishes.

Please use the following link:
www.norfolkchristian.org/gifts-in-honor-of-rebecca-linsz/

Rebecca (Becky) Galbraith Linsz of Virginia Beach, Virginia passed away at home and went into the presence of her Lord and Savior, Jesus Christ, on October 1, 2020 at the age of 78. Her death was the result of Non-Alcoholic Cirrhosis of the Liver which had progressed to Liver Cancer.

Born in Erie, Pennsylvania on September 28, 1942, she was the daughter of Seth Carradine Galbraith, Jr., and Florence Mae Larson Galbraith, both of whom preceded her in death; as did her sister, Joan Junilla Galbraith, who died one month after birth. She is survived by her sister, Natalie Galbraith Gray, of Arcadia, California.

She graduated from Lehman High School in Canton, Ohio in 1959, where she won awards for her debating abilities. She then studied at Gordon College in Wenham, Massachusetts, receiving Bachelor of Arts Degrees in both Elementary Education and English in 1963. She completed a Master’s Degree in Remedial Reading at the College of William & Mary in Williamsburg, Virginia in 1968. While there, she developed a love of Colonial Williamsburg that remained strong the rest of her life.

Mrs. Linsz gave many years of her life to Christian education. Prior to her graduate studies, the served four years as a 5th grade English teacher and principal at Keswick Christian Conference in St. Petersburg, Florida. She also spent multiple summers as a Christian camp counselor at the Triple R Ranch in Chesapeake, Virginia. Later, she was the founder of Kiddie College for preschool children at Suburban Bible Church in Highland, Indiana in the early 1980s.

The most fulfilling years of her career were also her years of greatest impact. From 1984 to 2003, she was an English teacher and department chair at Norfolk Christian High School in Norfolk, Virginia. Beloved by countless students and highly respected by all of her colleagues, she was a favorite choice as advisor by students each year, and was honored as Teacher of the Year during her tenure.

Her most important achievement was the nurturing and training of her four children, as described in the tribute below, written by her oldest son:

Just before noon today, my mom slipped out of her weak body and will forevermore be in the warm presence of Jesus! She is now more alive than she ever has been, and never again will she be touched by pain! The great promise for all believers has been fulfilled. God has given her eternal life!

Her old body was always only temporary, and it's amazing to know that her tired, worn face is now brighter than ever before. Her labored breathing has been replaced with the everlasting breath of life. I like to imagine her now as a magnified version of the beautiful face I turned to in my earliest memories.

Her faith in Christ was her daily light and her moments of greatest joy were with us, especially when we were young. The days of bikes and big wheels, the local pool and first days of school. She often recalled how proud she was to walk around the block with her four children, wishing only to have had four more.

And we are all proud to be hers. She was kind and reassuring, always with an unswerving belief in each of us. Giving us the things we wanted or needed was a joy for her, and her most enduring gifts were the glimpses of Christ's love she gave us throughout our lives.

Simply put, my mom was the indispensable presence in our family. The one that I, my sisters, brother, and dad could not have done without. And now she is in heaven. I am so happy that she is whole again, yet sad that I will never again sit and talk with her during my earthly life. What a comfort to know that this separation is only for a short time.

We encourage you to share your most beloved memories of Rebecca here, so that the family and other loved ones can always see it. You can upload cherished photographs, or share your favorite stories, and can even comment on those shared by others.

Posted Oct 06, 2020 at 01:45pm
Cindy, I am so sorry you have had to let your Mom go ahead of you to be with the Lord. It always seems too soon when a loved one goes first. I am keeping you and your family in my prayers. "So with you: Now is your time of grief, but I will see you again and you will rejoice, and no one will take away your joy." John 16 22.
In Christ,
Linda Sturm
Comment Share
Share via:
DY

Posted Oct 06, 2020 at 08:02am
Prayers to the Linsz family for your loss. God has a new angel in his kingdom. Special prayers to Doug, for the loss of your wife. I recall many time where you spoke highly of your wife's achievements over the years. Doug and I worked together for several years in the late 80s and early to mid 90s at the Virginia Beach Fedex Express facility. May God bless you Doug and your whole family for your loss. Dave Yemington
Comment Share
Share via:
SB

Posted Oct 05, 2020 at 07:46pm
Mrs. Linda made a lifelong impact and was one of my largest influences in my love for English. My condolences to her family. She was a beautiful woman and soul.

I apologise for the auto correct of Linsz to Linda. SB 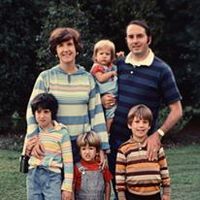 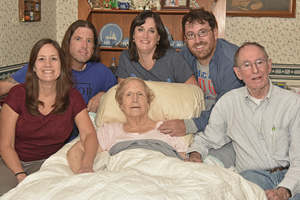 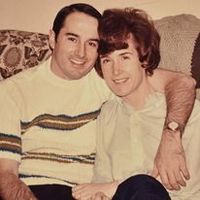