To share your memory on the wall of Robert Harris, sign in using one of the following options:

Bobby was born at Portsmouth Naval Hospital and lived in Virginia Beach most of his life. In his early years he enjoyed trips to Pennsylvania to visit his Parent’s families. He also loved skateboarding, fishing, and going to concerts with friends. As a young adult he traveled to Georgia with his father to work on naval ships. He began his early career years working with Aetna Wire as a wire producer.
Bobby’s life was changed when he suffered a diving accident at the age of 26. Against all odds, Bobby had to learn to use his legs again and fought hard to recover from the injury. A walking Quadriplegic is a rare occurrence and Bobby’s determination in getting to this point was known by all who loved him.
After the death of his father, Bobby and his Mother grew to depend on each other and lived in the family home on Constitution Drive for 52 years. They celebrated many family gatherings and enjoyed the companionship of their neighbors and community. Bobby and his beloved dog Hershey would play fetch in the backyard and relax together on the couch.

After his Mother’s death, Bobby lived independently for three years in an apartment. He enjoyed meeting new friends here. Everyone who knows him shares stories about his kindness and generosity. During these years he remained an avid Steelers fan cheering on his team. He also took trips to Nascar Races in Richmond and Dover whenever he could. Bobby kept up with current events and loved his country.
Bobby will be dearly missed by his family and friends. He had long and hard fight against cancer but remained cheerful and had a great sense of humor up until the end. We love you Bobby! Until we meet again!

To send flowers to the family or plant a tree in memory of Robert Earl Harris, please visit our Heartfelt Sympathies Store.

James and Linda, Rena May (Harris) Test, and other have sent flowers to the family of Robert Earl Harris.
Show you care by sending flowers

Posted Oct 15, 2020 at 05:31pm
So sad to hear about Bobby's passing. Posting three of my favorite pictures. Bobby with his sister Chrissy, that's a good one. With Charlie looking tough in black leather. In Seashore State Park with Leonard and Cherie, Steve and my then girlfriend Karen.
Comment Share
Share via:
ST

Posted Oct 15, 2020 at 05:00pm
I'm still having a hard time coming up with words here. Losing a friend you've had all your life leaves a big hole. Way too many memories to list

See you on the other side buddy

Posted Oct 15, 2020 at 04:11pm
Wishing you peace to bring comfort, courage to face the days ahead and loving memories to forever hold in your hearts.

James and Linda purchased flowers for the family of Robert Harris. Send Flowers

Posted Oct 15, 2020 at 03:13pm
May fond memories of Bobby sustain you during this difficult time. Sending much love and sympathy!

Timmy and Famiky purchased the Peaceful White Lilies Basket and planted a memorial tree for the family of Robert Harris. Send Flowers 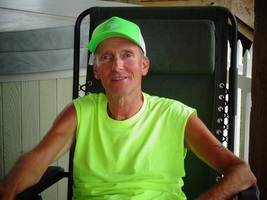 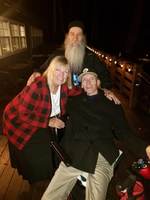 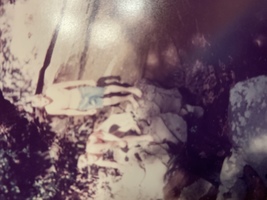