To share your memory on the wall of Robert Alpaugh, sign in using one of the following options:

Print
“Only a life lived in the service of others is worth living.”
Albert Einstein said it. Robb made it real

Robert E. Alpaugh Sr. went home on January 9 peacefully, surrounded by people he loved. He was born in 1943 in ... Read More
“Only a life lived in the service of others is worth living.”
Albert Einstein said it. Robb made it real

Robert E. Alpaugh Sr. went home on January 9 peacefully, surrounded by people he loved. He was born in 1943 in Washington D.C. to his loving parents, Edgar and Vergenia Alpaugh. He was a graduate of The Citadel. As an IBM executive, Robb excelled in sales development and went on to become Regional Director of Emerging Markets. Later, he became a partner with The Tiger Team Real Estate Group in Falls Church, VA.

Robb experienced life at the fullest right from the start. He earned his pilot’s license at age 14 and was triple certified - as a commercial pilot, land and sea, and instrument fixed-wing. He owned a Mooney 252 advanced single-engine airplane and for many years, he was a volunteer pilot with Angel Flight, a Virginia Beach-based charity that provides free transportation to patients in need. That led him to his real calling when he accepted the position of President and CEO of Mercy Medical Angels, the parent of Angel Flight Mid-Atlantic and Angel Wings for Veterans.

Robb worked endlessly and tirelessly to raise funds for and awareness of the organization. Standing at the lectern during service club luncheons in his seersucker suit and bow tie, he was hard to turn down. As so, he brought an ailing charity back to health, providing more than 22,400 trips last year alone.

He loved to sail and had a trove of trophies from many years racing his beloved custom boats in New England and at age 76, Robb bought a sleek 38-foot cruising sailboat that he christened Prime Pi.

Robb was a humble and committed friend of Bill W., and many who knew Robb have expressed gratitude for his service and guidance.

He is survived by his sister, Linda Bennert of Montana, his sons, Robert E. Alpaugh Jr., of West Palm Beach, FL, and Brendan McHugh of Richmond, VA.

In light of COVID, a celebration of life will be held at a later date. Memorial donations may be made to Mercy Medical Angels, 4620 Haygood Road, Suite 3, Virginia Beach, VA 23455 or Mercymedical.org

Please share your condolences with the family via the "Memory Wall" tab.
Read Less

To send flowers to the family or plant a tree in memory of Robert Edgar Alpaugh Sr., please visit our Heartfelt Sympathies Store.

There are no events scheduled. You can still show your support by sending flowers directly to the family, or planting a memorial tree in memory of Robert Edgar Alpaugh Sr..
Visit the Heartfelt Sympathies Store

Posted Jan 24, 2021 at 12:01pm
Connie and I (Pat and Connie Alig) offer our condolences to all. May Rob's life give us inspiration to live our lives as he did with a devotion to give back to our community. We truly respect and admire all Robb has accomplished and shared his zest for life with his family and friends. God bless and keep safe.
Comment Share
Share via:
ST

Posted Jan 12, 2021 at 03:41pm
I have been very fortunate to have been a friend of Robb’s on both the flying and the sailing sides. Very sad that we all have lost such a giving person. I share sadness of this loss with all of you and my condolences to family members. Paul W
Comment Share
Share via: 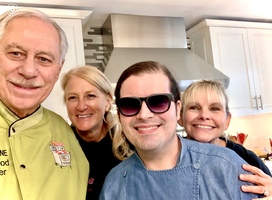 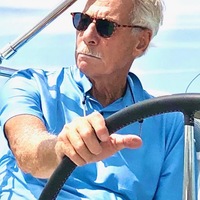 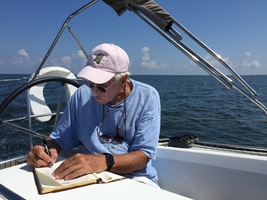 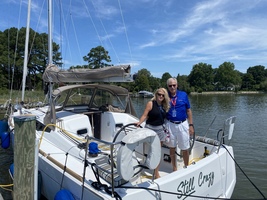