To share your memory on the wall of Patricia Beachum, sign in using one of the following options:

Print
Patricia Lorraine Beachum, 82, of Virginia Beach passed away January 17, 2021. Pat or “Patsy” as she was known by her family and friends was born in Kingsport, TN to Talmadge and Byrd Martin in 1938.

When Patsy Martin was two, her fa... Read More
Patricia Lorraine Beachum, 82, of Virginia Beach passed away January 17, 2021. Pat or “Patsy” as she was known by her family and friends was born in Kingsport, TN to Talmadge and Byrd Martin in 1938.

When Patsy Martin was two, her father relocated the entire family which consisted of Byrd, Patsy & her two older sisters Dorothy and Jane to Virginia leaving his railroad job behind for work in the shipyards. They would end up settling in the Kempsville area of Virginia Beach. Talmadge would eventually make his way to employment at the new Princess Anne High School.

Patsy herself was among the first graduating class of Princess Anne High School moving over from Kempsville High to accommodate the opening of the new high school, where she would meet Joe Beachum, fellow student and future father of her four children.

She was very proud to be a member of the Cavaliers alumni as they have continued to gather regularly in between class reunions.

Pat had been retired years earlier from the Virginia Beach City school system. She also had been a member of the Order of the Eastern Star. Pat was ahead of her time reinventing herself as a single woman in the early 80s with her own independent trucking company.

She always enjoyed entertaining, gardening and thoroughly enjoyed her time spent traveling the world in years previous. Always being remembered for that special little gift or thought she would surprise us all with when we least expected it.

She will always be remembered as a loving mother, grandmother and friend and will greatly be missed.

Share your condolence with the family via the "Memory Wall" tab.
Read Less

To send flowers to the family or plant a tree in memory of Patricia Lorraine Beachum, please visit our Heartfelt Sympathies Store.

There are no events scheduled. You can still show your support by sending flowers directly to the family, or planting a memorial tree in memory of Patricia Lorraine Beachum.
Visit the Heartfelt Sympathies Store

We encourage you to share your most beloved memories of Patricia here, so that the family and other loved ones can always see it. You can upload cherished photographs, or share your favorite stories, and can even comment on those shared by others.

Posted Jan 31, 2021 at 07:25pm
I am so sorry to learn of her passing. She was my mom's sister, my aunt, & sorry to say that we lost touch after her last move & covid. We had many beautiful memories...condolences to Joebennett, Curtis, Barry & pattijo...
Deb rooks Houck
Comment Share
Share via:
L

Posted Jan 29, 2021 at 11:05am
I will always remember Pat who got me into driving bus . She drove the twins to preschool and a true friend. I always enjoyed our visits ,The friday nights dinners and the laughter and the stories. I will miss her and love her. I always looked forward to her cooking for the holidays which she would include me. My condolences to her kids.
Lois Gattis Great Falls Mt
Comment Share
Share via:
DE

Posted Jan 25, 2021 at 08:27pm
I had many delicious holidays meals prepared by Pat and she gave me several thoughtful and unique gifts. She had a real talent for that. She was a very pretty woman with beautiful hair. She made you feel very welcome in her home. One of the best things she ever gave me was a beautiful loving daughter-in-law. My condolences to her daughter and son! Dixie Earhart
Comment Share
Share via:
PR

PAT, YOU WILL ALWATS BE REMEMBER AND LOVED DEARLY. WILL REMEMBER THE DAYS ON THAT BUSS.. SOME DAYS HOT AND SOME COLD, BUT ALWAYS LAUGHTER. LOVE TO THE KIDS ,SHE WAS THE BEST PAT ROACHE 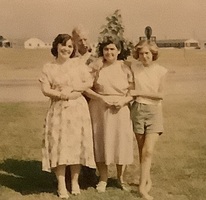 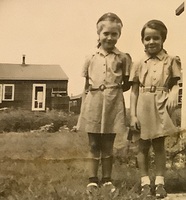 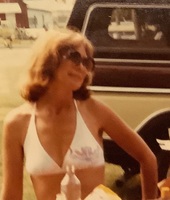