To share your memory on the wall of Raymond Nowell, sign in using one of the following options:

Raymond was born and raised, working on the family farm at his Homestead, until shortly after he and Florence Nowell were married, in 1962, when he went into Retail Management and moved to Virginia, where retired after 55 plus years. He was also a member of Poplar Spring Primitive Baptist, the family Church growing up, and later became a member of Tidewater Primitive Baptist Church of VA Beach, VA

Raymond will always be remembered as a hard worker. He was a true friend to his classmates and helped anyone he could in his community. Raymond had such a great sense of humor, a trait he never lost through his years. He loved his family and was best known to his grandchildren for his “grandpa hugs”, that always seemed to make everything better, and “grandpa’s breakfast especially his BISCUITS”. Raymond loved the outdoors, gardening, fishing, cooking out and spending time with family, and of course he was a BIG Dallas Cowboys Fans!! And Rex, Raymond’s “boy” as he always called him, his dog, loyal till the end, never far from his side.

We would like to thank all of the doctors and nurses along the way who helped care for Raymond. Our Family Practice doctor, Dr. Frank West, who took him on as a new patient when they weren’t accepting any at that time, to his staff, to the Riverside Vascular Team, the Home Health Amedisys Team, his Private Aides, Dee, Misty, Lorilie and Maryam for loving and caring for him as family, and to the Riverside Hospice Team.

A viewing will be held on February 9, 2021 at Family Choice at 11am with a funeral service starting at 12pm. A graveside service will then follow at Riverside Memorial Park in Norfolk, Virginia. Details for the services can be found below.


Share your condolences with the family via the "Memory Wall" tab.
Read Less

To send flowers to the family or plant a tree in memory of Raymond Harold Nowell, please visit our Heartfelt Sympathies Store.

We encourage you to share your most beloved memories of Raymond here, so that the family and other loved ones can always see it. You can upload cherished photographs, or share your favorite stories, and can even comment on those shared by others.

Posted Feb 11, 2021 at 06:54am
Raymond never complained when I was caring for him. I become very close with all I care for and he and everyone of you will always be in my heart. Love all of you
LORELEI
Sorry I couldn't be at the service
Comment Share
Share via:
GN

Posted Feb 09, 2021 at 11:38am
To the family of Raymond Nowell: May God's peace and love be with you all. With deepest sympathy, you're in my thoughts & prayers, Love, cousin Ginger Nowell
Comment Share
Share via:
MS

Posted Feb 09, 2021 at 08:59am
Im so thankful for having the opportunity to be apart of your life ! Your an sweet-hearted amazing man , that I will never forget.Im Gonna Miss You !

Misty stephens purchased the Medium Dish Garden and planted a memorial tree for the family of Raymond Nowell. Send Flowers

Posted Feb 08, 2021 at 09:47pm
Raymond's family and mine were close friends and attended the same church. We grew up together and spent many days playing ball in their yard. Sending love and prayers to his family. Dorothy Tyson
Comment Share
Share via: 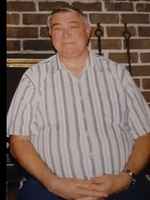