To share your memory on the wall of Patricia Neely, sign in using one of the following options:

The daughter of Howard Sutton and Rosella Mowell Sutton, Trish was born in Echols, WV on June 21, 1940. She moved to Pax, W... Read More
Patricia (known as Trish), 80, of Chesapeake, VA passed away Friday, February 26 at Chesapeake Regional Hospital.

The daughter of Howard Sutton and Rosella Mowell Sutton, Trish was born in Echols, WV on June 21, 1940. She moved to Pax, WV as a child and lived in Pax until she became the wife of Bill Neely of Kingston, WV on June 21, 1973. She is survived by Bill of Chesapeake, VA; two children, Jodi Neely of Chesapeake, VA and James Neely of Flat Rock, MI; sisters, Jo Ann Brown of Pax, WV and Sandra Schooler of Fredericksburg, VA; grandchildren: Bre Neely, Zella Neely, Kaelyn Neely, and Alaina Neely; nephews: Jack Brown and Billy Brown of Pax, WV, Kenney Schooler of Fredericksburg, VA, Jeffrey Schooler and spouse Lauren of Short Pump, VA; and numerous great nieces and nephews. She was preceded in passing by parents Howard and Rosella Sutton, and brother Howard Sutton of Kingsport, TN.

Trish was a 1958 graduate of Pax High School and a cheerleader for the Pax Wildcats. She was of protestant faith and attended the Pax Methodist Church. Trish was a licensed LPN and later she was employed by Chesapeake and Potomac Telephone Company in Cincinnati, OH and Beckley, WV before a lifetime union with Bill.

She was much loved and will be greatly missed by all who knew her. There will be no services at this time. A celebration of life will be held at a date and time to be announced later.

In lieu of flowers, please make a donation in Patricia's memory to your local church.

Share your condolences with the family via the "Memory Wall" tab.
Read Less

To send flowers to the family or plant a tree in memory of Patricia Sutton Neely, please visit our Heartfelt Sympathies Store.

There are no events scheduled. You can still show your support by sending flowers directly to the family, or planting a memorial tree in memory of Patricia Sutton Neely.
Visit the Heartfelt Sympathies Store

We encourage you to share your most beloved memories of Patricia here, so that the family and other loved ones can always see it. You can upload cherished photographs, or share your favorite stories, and can even comment on those shared by others.

Posted Mar 07, 2021 at 03:30pm
Dear Bill, I am so sorry for your loss. We always enjoyed seeing you at the Kingston reunions.
Kindest regards from Al and Katie Couch Wiggins
Comment Share
Share via:
SP 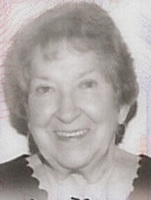