To share your memory on the wall of Robert Pope, sign in using one of the following options:

Robert was born July 18,1933 to Bentley and Florence Pope in Clifton, Tennessee.
He served our country for proudly in US Airforce during the Korean War. Being in the Ai... Read More
Robert Edwin Pope, 87, passed away on Friday, March 5th, 2021.

Robert was born July 18,1933 to Bentley and Florence Pope in Clifton, Tennessee.
He served our country for proudly in US Airforce during the Korean War. Being in the Air Force allowed Mr. Pope to travel the world. While stationed in Valparaiso, Florida, Robert met his wife of 61 years, Nadine Pope who was also serving in the U.S. Air Force at the time. After his time in the US Air Force, Mr. Pope went on to become a truck driver for over 60 years. Having a family was important not only to his beloved wife, Nadine but to Robert as well. When time allowed, he would go fishing and being with his family. Mr. Pope will always be remembered as a loving father, grandfather, great-grandfather and friend. He will be deeply missed and eternally loved.

Mr. Pope will be laid to rest at Albert G. Horton Memorial Veterans Cemetery in Suffolk at a later date.

To send flowers to the family or plant a tree in memory of Robert Edwin Pope, please visit our Heartfelt Sympathies Store.

There are no events scheduled. You can still show your support by sending flowers directly to the family, or planting a memorial tree in memory of Robert Edwin Pope.
Visit the Heartfelt Sympathies Store 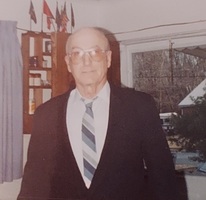 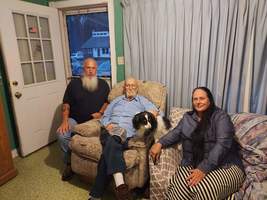 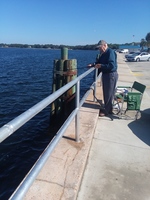