To share your memory on the wall of Larry Covington, sign in using one of the following options:

Left to cherish his memory is his loving wife of 39 years, Maxine; daughter, Michele Johnson and son in law Michael, of Chester; stepson, Lee Crowder (Suzanne) of Henrico; brother-in-law, Leroy Welch of Disputanta; Brianna Qureshi (Omair) of Virginia Beach; Britani Daley of Norfolk; RaeAnne Johnson of Chester: Riley Johnson of Colonial Heights; Jennette Johnson of Petersburg; Claire Crowder of Henrico; Jennifer Johnson of Chester and LeAnn Jerome (Trevor) of Beaufort, SC. He is survived by many other family members and special friends who became family, Tim and Stephanie Baker, of Colonial Heights.Larry is preceded in death by his parents, Homer T. and Nina B. Covington, his brothers Ray and Bobby, his sister, Sandra Solis and niece, Debbie Camberos, grandparents and other loved ones.

A celebration of life will be held at 3:00 p.m. on Sunday, March 28, 2021, at the American Legion Post 284, located at 505 Springdale Avenue in Colonial Heights, VA.
In lieu of flowers, donations may be made to the American Cancer Society and Crater Community Hospice in Petersburg, VA.

To send flowers to the family or plant a tree in memory of Larry Thomas Covington, please visit our Heartfelt Sympathies Store.

We encourage you to share your most beloved memories of Larry here, so that the family and other loved ones can always see it. You can upload cherished photographs, or share your favorite stories, and can even comment on those shared by others. 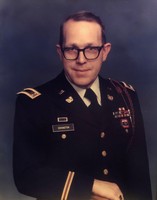 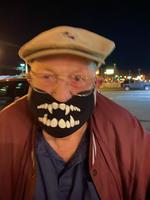 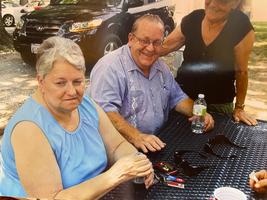